The peekaboo style is as misunderstood as it is notorious. But the fact that it’s so widely misunderstood could actually work in your favor.

The core peekaboo principles give boxers a safe and loaded “base of operation”, enabling the fighter to move where they want, when they want, and thus, controlling their opponent and the fight with minimal risk. Now, this luxury of control doesn’t come easy. There are a few things you need to be aware of if you’re going to implement the best parts of the peekaboo style into your boxing skill set.

In this article, I’m going to show you how to capitalize on Cus D’Amato’s boxing philosophy without falling into the pitfalls that many boxers criticize the peekaboo style for.  I’ll discuss the criticisms shortly, but first, I think it’s important to highlight the man behind the peekaboo boxing style and how he engineered it.

Cus D’Amato was born in 1908 to a blue collar, Italian family in The Bronx, New York. Cus briefly boxed as an amateur in the featherweight and lightweight divisions, but an eye injury prevented him from obtaining a professional license. However, as we know, thankfully, this was only the beginning of his legendary career. Cus’s dedication to training up-and-coming boxers led him to literally sleeping in his gym in New York. Cus believed in positive thinking. He would have his students memorize things like, “The mind always makes things worse than they really are.” And, “A professional always does what needs to be done no matter how he feels.” Getting up at 5 am to do roadwork or going to the gym to train, a professional does not follow their feelings. He wanted his young students to always remember that, “Your feelings will lie to you.”

Cus was one of the first boxing trainers to implement psychological training. He brought Zen to boxing before most people in the western world even knew what Zen was. He said, “Heroes and cowards feel exactly the same fear. Heroes just react to it differently.” He spent a lot of time teaching emotional control. Example: Tyson eventually admitted that he was terrified before every fight, but looking at him, he was often the source of his opponents’ terror. D’Amato genuinely cared for his boxers, developing father-son bonds with many of them. Even after Floyd Patterson decided to part ways with Cus, he would never talk negatively of Floyd, nor would he let any of his fighters. Eventually, Floyd would come to admit that he regretted nothing in his life except the time he was apart from Cus.

He took care of his fighters so much so that Cus filed for bankruptcy in 1971, but it was never apparent that any of his fighters felt such financial pressure. In fact, Jose Torres estimated that he had earned roughly $1 Million in his career, “and Cus never took a penny.” Cus also fought and protected his boxers from the politics of boxing at the time, many times refusing to take fights because of who the opponent was associated with and their perceived backroom dealings.

What was less publicized, but perhaps most intriguing is that he served as an occasional adviser for the late, Greatest, Muhammad Ali. The city of New York renamed the street where his Gramercy Gym was located to “Cus D’Amato Way”. There’s been books and documentaries done on his life, and still, his impact on boxing doesn’t get the recognition he deserves. The man has undeniably left a massive, well-respected legacy in the boxing world. Now, on to the style he dedicated his life to perfecting…

There’s something incredibly intriguing about the peekaboo style that seems to get lost or at least overlooked in today’s complex world of boxing. There’s so much information and so many videos to study that it’s easy to lose sight of the essence of what made the peekaboo style so effective. Cus said, “Slipping punches is the hardest thing to learn. But once you get it, that’s when boxing starts to become fun!”

Very few boxers have been able to incorporate the style as Cus himself had engineered it. Most notably, obviously, is Mike Tyson. If we go back even further, other Gramercy alumni include: Floyd Patterson, a 1952 Olympic Gold Medalist and former World Heavyweight Champion. Jose Torres, a 1956 Olympic Silver Medalist and former World Light heavyweight Champion. Joey Hadley, a 6-time Golden Gloves winner. And Kevin Rooney who trained Tyson after Cus passed in 1985 until 1988.

During his time training under Rooney, Tyson accrued 35 wins (31 by knockout), and set a record as the youngest World Heavyweight Champion in history just 4 months after his 20th birthday. Despite the obvious success of his students,  a good amount of criticism has been hurled at the style. Most notably, many believe:

Now, not to say there’s no validity in these critiques. But most of these problems that boxers run into when trying to adapt to the peekaboo style can be avoided.To get the most out of the style, we need to be conscious of a couple things:

First: The peekaboo learning curve is steep. Many fighters will give up before they fully understand the key principles of the style. I think this is largely due to a lack of coaches who know how to teach it.

Second: When most people think of peekaboo boxing, they think of Mike Tyson, and rightfully so. Tyson displayed, for the entire world, in spectacularly brutal fashion just how effective the style can be. The problem is, while Tyson is solid proof that peekaboo boxing can be a viable style, even at the highest levels, his idolization has unintentionally led many boxers down the wrong path.

A lot of boxers who try to incorporate the peekaboo style try to mimic Tyson. The issue is that Tyson’s style was a flavor of peekaboo that was tailored to his unique physical attributes.  His exceptional speed and power allowed him to slip punches at high volume and capitalize on counter punching opportunities that the average peekaboo fighter would have difficulty with.

The fundamental version of the style takes advantage of a high guard with minimal openings for opponents to attack.  If you strip away the exceptional speed and power of fighters like Tyson or Patterson you would have a more modern example.  One such example is Winky Wright…

Strip away all of those preconceived ideas of what you think peekaboo looks like and work on the core principles and philosophy that Cus engineered.The secret is in the details.  Learn to hold your gloves at the exact angle needed so punches either can’t fit through or they glide off the outside of the glove and miss.

Here’s a few quotes from Cus himself that should give you an idea of just how dedicated he was to the peekaboo fundamentals:

“Now, in my style, you cover up all the time. You never gamble. The right arm is always covering the liver, the left, the solar plexus, and the hands are protecting the chin.”

“You gotta be protected, not part of the time, not most of the time, but all the time. You cannot gamble by using open stance because every time you gamble and lose, you get hurt. And when a fighter gets hurt, he is intimidated. He thinks he is tired and covers up.”

“Always keep your chin tucked down into your chest. I don’t care if you are running roadwork or just walking around school or watching t.v. Keep that chin tucked down and your eyes looking up and out.”

And he wasn’t kidding…

A 1985 New York Times article highlighted an incident involving Jose Torres. Torres had gotten into trouble prior to one of his big fights and this was his phone conversation with Cus from the police station:

“Cus,” said Torres, embarrassed and apologetic, “I’m in the police station. I got into a street fight.”

“Jose,” said Cus, with concern in his voice, “did you keep your chin down?”

Here’s how to adopt the ‘aggressively safe’ style:

The proper way to implement the peekaboo style and truly get the best out of it requires just two things which many boxers miss completely:

1. An unwavering dedication to its fundamental philosophy (not just mimicking a specific move set).  Meaning hands up protecting the chin, forearms protecting the body and learning to maintain this position in all situations.

2. A proper adaptation to the fighter’s unique physical attributes.  If you have quick feet then take advantage of them.  If you have great visual reaction and slipping ability, then use it.

To get you started, here’s some of those core principles and philosophies for you to consider:

– A Stoic approach to controlling your emotions, when in the ring, in your day-to-day training, and even life in general.

– Active defense. Remain alert and protected 100% of the time, no relaxing or passiveness.

– Off-rhythm attacks that force opponents to be cautious, even when you’re defending.

– Draw out punches from opponents, leaving them vulnerable to rapid counters with what Cus called “bad intentions”.

If you are able to implement a more dynamic approach then move your head before and after you throw, and add angles for compound attacks.  Never give your opponent a free opening, keep your guard tight when you move so you automatically block as you pressure your opponent. Jabbing and closing the gap is often coupled with a slip in anticipation of the straight counter. Further protection can be achieved by lowering the body in conjunction with the slip; this extra bend can add even more power to rising uppercuts and hooks.

Obviously, these are a simplified breakdown of what Cus’s peekaboo style can do for you…

If you want an in-depth look at different techniques and attacks that arise from the few foundations we’ve covered here, I strongly recommend checking out my Head Movement and Getting Inside instructional video.

This training will give you:

– The essentials of slipping and ducking; how to use these motions to set up your offense while maintaining rock-solid balance.

– How to use lateral motion to create angles and close the gap; sneak attacks that catch your opponent off guard.

– How to sync your footwork with your head movement to wind up and throw once you enter the best position.

– A little trick with your back foot to create sharp angles that set you up for quick attacks with “bad intentions”. 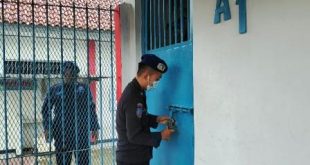 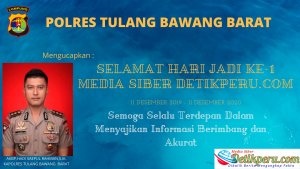 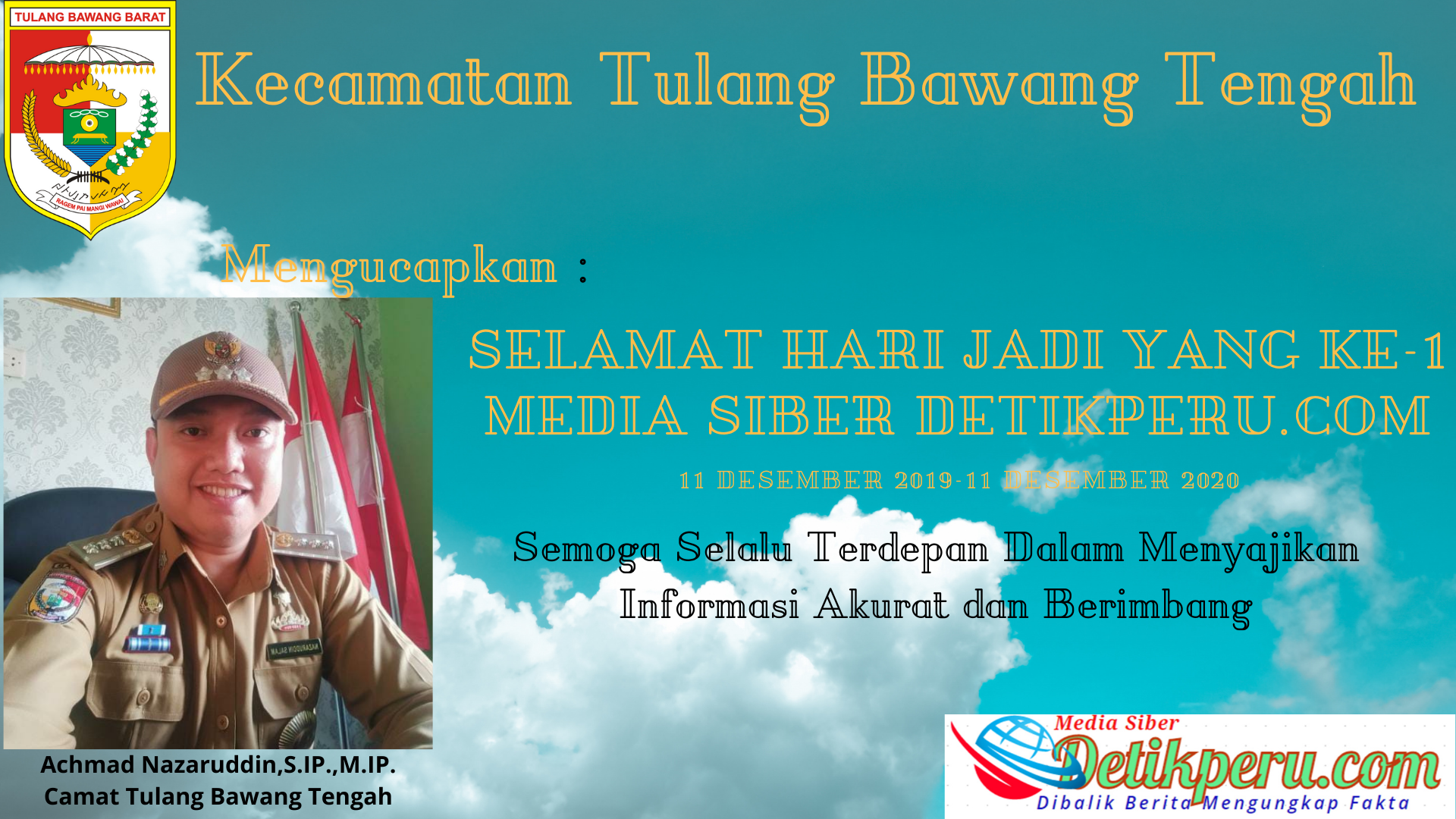 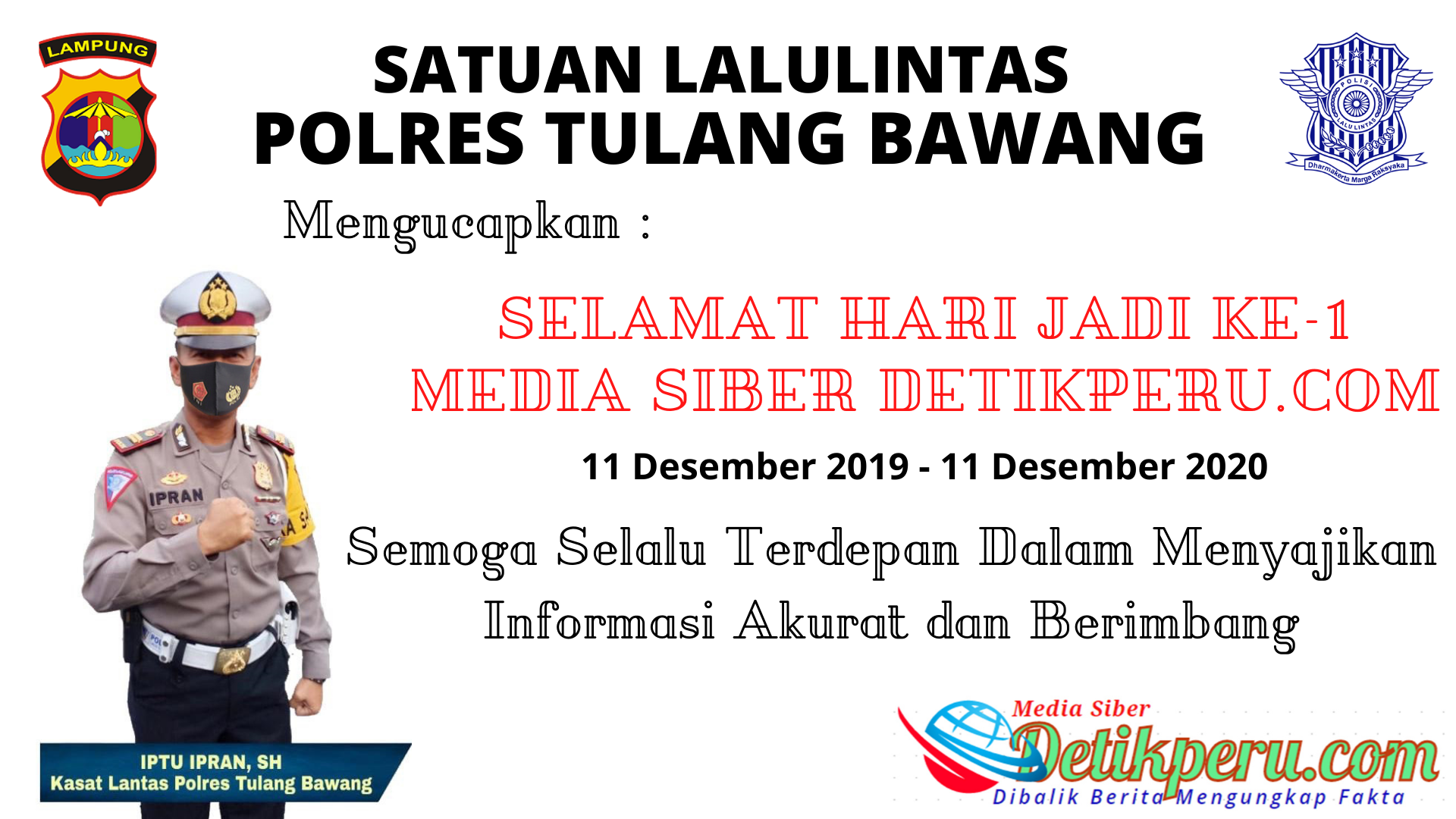 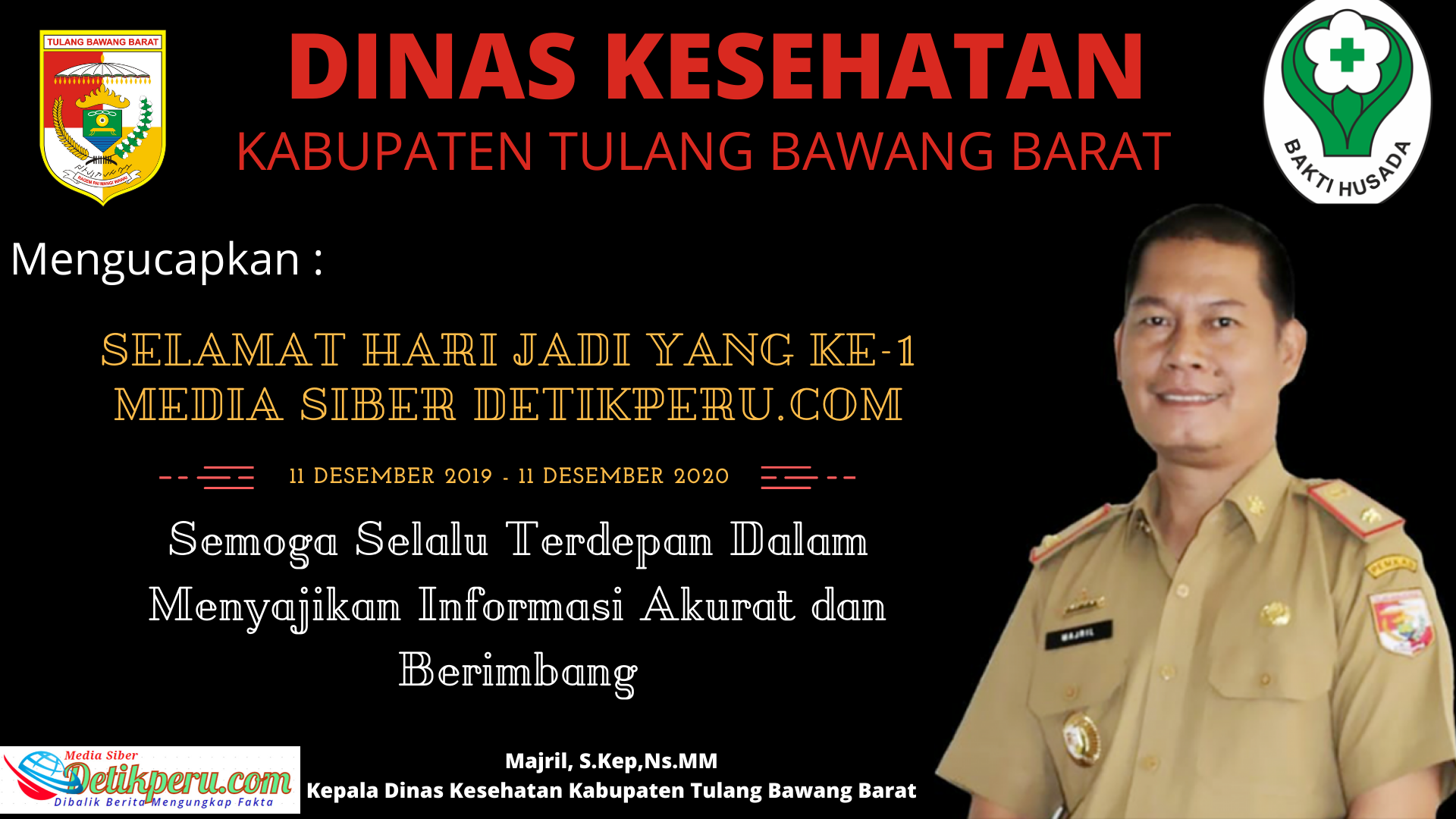 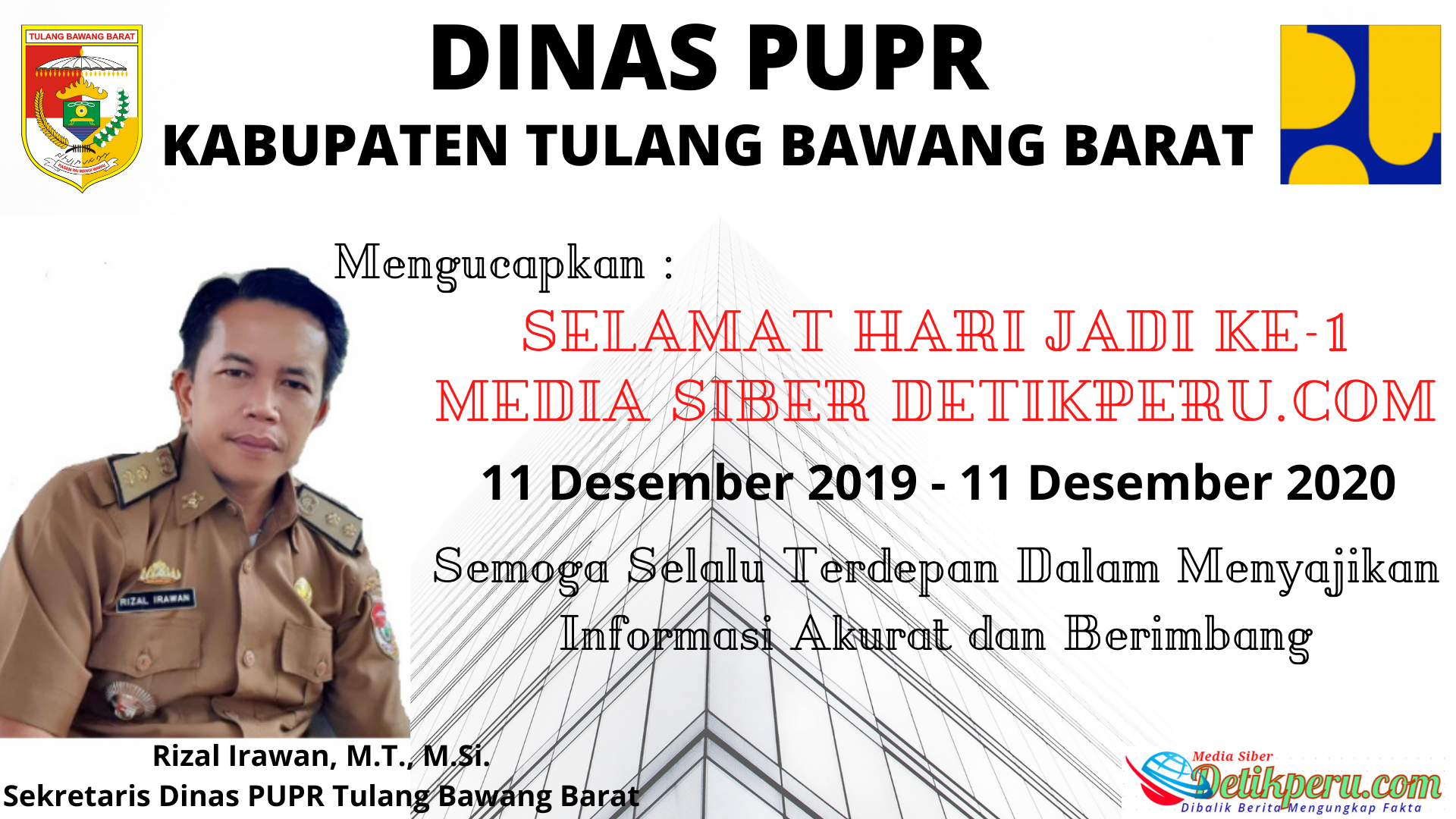